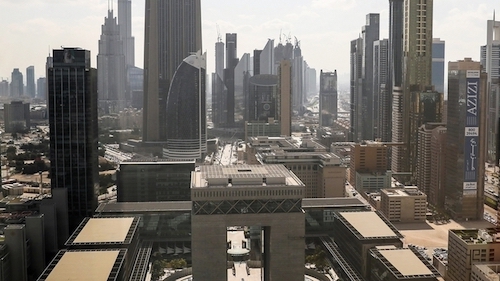 Speaking at a recent media briefing on the 18th general conference of the United Nations Industrial Development Organisation (Unido), which will take place in Abu Dhabi from November 3-7, Al Mazrouei said the goal is to build a diversified and sustainable knowledge-based economy in which the industrial sector plays a pivotal role led by qualified national cadres.

He said the UAE's economy is already moving towards greater diversification and a future-based on leadership in non-oil sectors. Currently, the contribution of the industrial sector to the UAE's GDP is around 9 per cent and is poised to grow further.

"Industrial activity, which increased by 4.8 per cent during 2017 alone, is certainly one of the main engines of our economic development and plays a pivotal role in boosting the country's GDP. The steady growth witnessed over the past five years demonstrates the success of the state in establishing a strong manufacturing base and its contribution to economic diversification," he said.

According to figures revealed by the Federal Competitiveness and Statistics Authority, the manufacturing sector's contribution to the UAE's non-oil GDP grew 2.5 per cent to Dh122 billion in real prices in 2018 from Dh119.7 billion in 2017. The fast diversifying and innovation-driven industrial sector, a key driver of economic growth, is expected to account for 20 per cent of the nation's gross domestic product by 2030.

Al Mazrouei said the country's advancement in economic diversification has been demonstrated by a number of international indicators.

"The UAE has advanced 13 places in eight years on the Unido's Industrial Competitiveness Index. The UAE ranked 41st on the Index in 2018, compared to 54th in 2010. The UAE also ranked first regionally and fifth globally among the most competitive countries in the world in the IMD World Competitiveness ranking 2019 report. And the UAE is ranked third globally in the Economic Diversity Index in the same report."

The minister said the upcoming Unido conference would support the UAE's efforts to establish itself as a global platform and open laboratory for the applications of 4IR. "It provides a unique opportunity to showcase our success in developing an advanced manufacturing base in a short time-span and will highlight how the UAE has made the adoption of 4IR technologies central to its economic development, for example, through the UAE Strategy for the Fourth Industrial Revolution."

Al Mazrouei said the UAE Centennial 2071 project stressed the importance of building an economy equipped to compete with the world's best.

"Achieving this objective will involve raising the level of productivity in the national economy, supporting national companies to gain access to international markets, investing in research and development in important sectors, focusing on innovation and entrepreneurship, and improving the professional level of Emiratis and providing them with a new working culture. Under this plan, we will position the UAE among the world's important economies, capable of eventually exporting advanced products to different parts of the world," the minister said.

Al Mazrouei pointed out that the UAE Strategy for 4IR, which was launched in 2017, seeks to strengthen the country's position as a global hub for 4IR and contribute to a competitive national economy-based on knowledge, innovation and future technological applications that integrate physical, digital and dynamic technologies.

"This strategy embodies the government's ambition to become a global model of how to proactively addressing future challenges, and adapting the technologies and tools provided by 4IR to serve society and achieve happiness and well-being for all citizens."

The minister said the outlook for the industrial sector in the UAE is very bright indeed, especially considering the success of some of its national industrial companies in establishing themselves as major contributors to global value chains in a variety of advanced industrial sectors, such as aviation and defence, aluminium and other leading industries.

"In light of this success, and the efforts being made by our industrial companies to adopt the highest international standards and the latest technologies, we expect them to make further progress towards achieving our goal of making the UAE a pioneer in the application of the technologies of the Fourth Industrial Revolution, not only at regional level but at the global level too," he said.

The minister expects specialised industrial zones to play an important role in attracting local and international capital to invest in the industrial sector.

"We also hope to attract international companies to launch pioneering projects in this country and to develop strong partnerships with UAE industrial companies at both the local and international level. Add to this our strong support for SMEs to enter the advanced industrial sector and contribute to global value chains, and we expect home grown companies to eventually play a major role in driving innovation and employing new technologies within the national industrial sector," said Al Mazrouei.